While visiting Llandudno during my break in North Wales I stopped off at the West Parade. 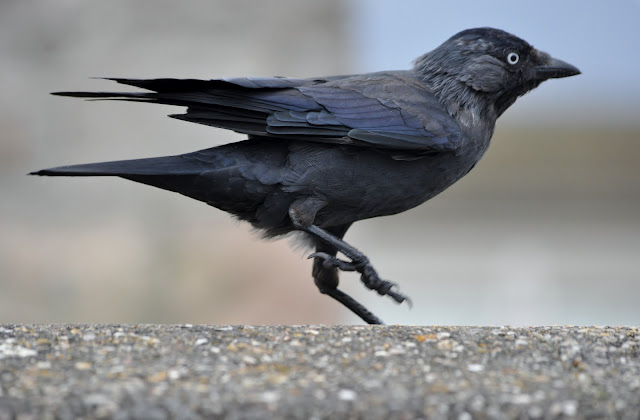 There were a few Jackdaws nearby so I scattered a few broken biscuits on the wall beside the car hoping to  capture a few close up images. 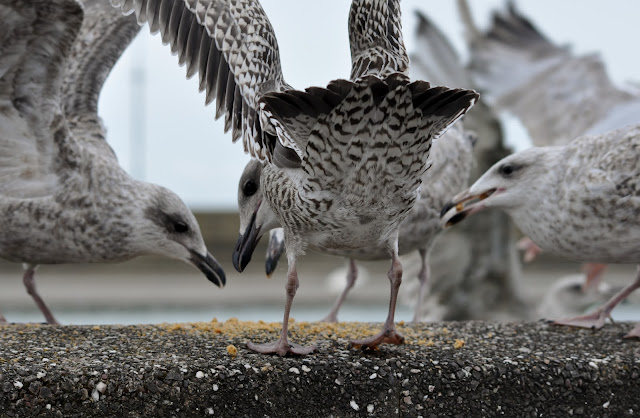 I should have known better because I was soon surrounded by juvenile Herring Gulls. 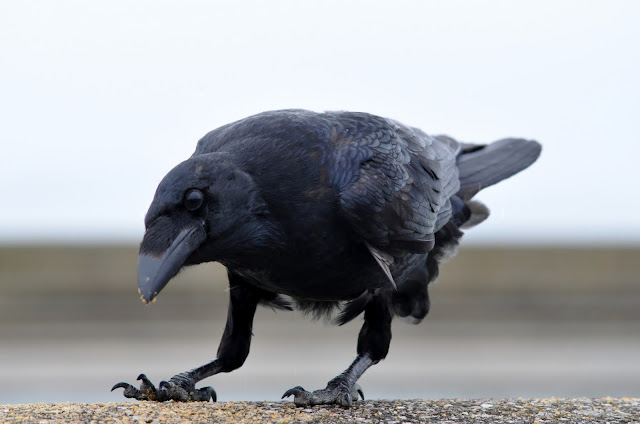 It wasn't long though before a couple of big black birds became the dominant feeders... chasing off the gulls. 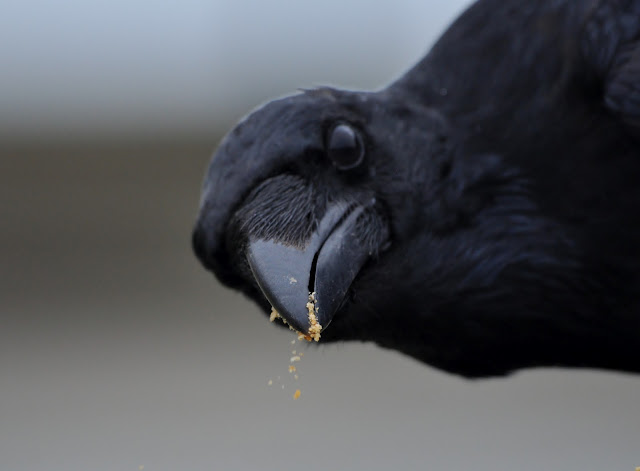 Ravens...
...two adults and a juvenile enjoyed my "Hobnob" biscuits as I clicked away. 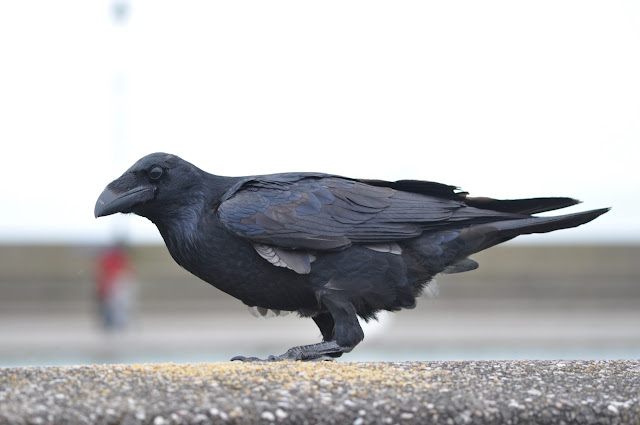 Raven (Corvus corax)
There was a Carrion Crow hanging about but I couldn't capture them together for a size comparison. 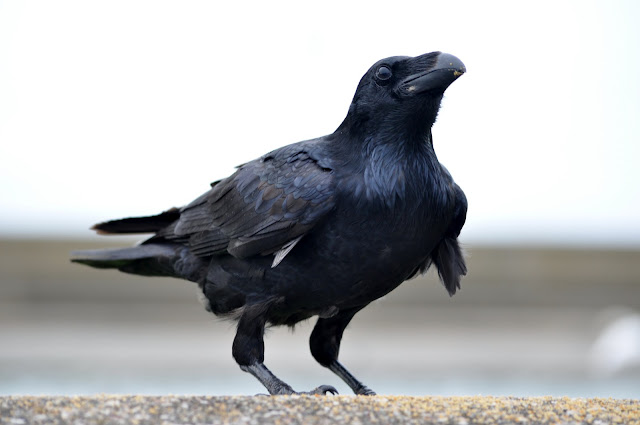 Ravens are the size of a Buzzard. 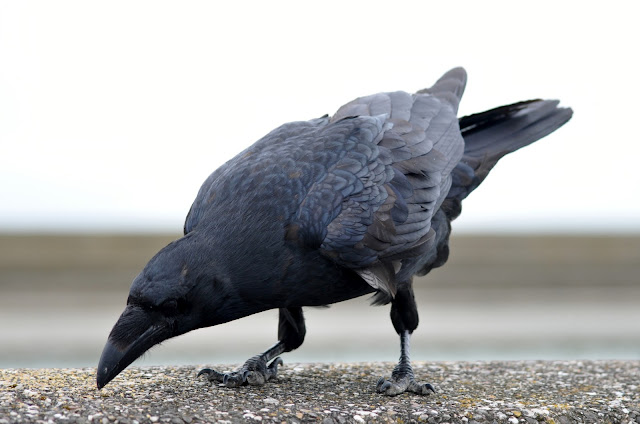 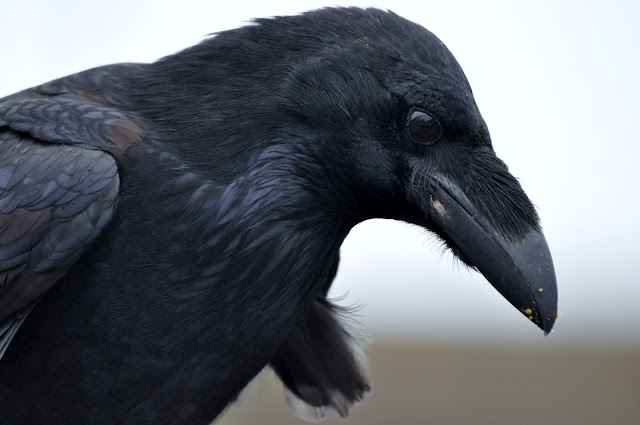 Ravens are not a common sight for me and never this close before.
In fact they were too close for my cameras auto focus most of the time.

andrew, every day your skills with your camera get better and better. the second one is awesome to me and the rest are just beautiful.

That is a big bird. Very distictive. You've caught some great detail.

Great shots of the Ravens Andrew.

That 4th shot is my favorite

that last shot is gorgeous! nice portrait! i love the colors of those juvie gulls, though. such cool feather patterns!

Brilliant pictures of the Ravens.

Hi Andrew.. Great butt shot of the gull lol..pretty feather's though!!: }
Love the one of the Ravens eye and beak full..they are a tough look bird ..look at those feet! I wouldn't want to fight for food from them either!!
Awesome photos : }
Gracexx

I am blown away with these images this week Andrew!!! My goodness, my goodness. Love the rear end of the gulls in that one photo, made me giggle....but most of all the close-ups of the Ravens.....INcredible!!!

Thanks for linking up at the Bird D'Pot this weekend.

Fantastic looking birds! The beak on the ravens is very Romanesque! Your photos are awesome. Love the close-ups!

Double wowee, I love the Ravens. You have inspired me to go out a see if I can get one. Great photos.

I just love your raven shots!! They are my very favorite birds.

Love the gull's bloomers shot and the ravens are marvelous. You found ravens eating biscuits, I found crows eating Doritos, I think you win :o)

Wow. Love the Raven shots - how nice to see them close-up for a change.

Cracking shots Andrew. I was there last week and was admiring the Ravens as they flew around the Great Orme. I didn't manage any shots though. I'll take some Hobnobs next time.

Wonderful close ups of the ravens, we don't see them much here either so they were a real treat.

Love the raven photos. We don't have them here in Ohio, just American crows. Your images express their ornery side!